As the last helicopter took off from the United States Embassy in Saigon in 1975, the history and future of an entire nation and people changed.

For the refugees that fled Vietnam, this moment is known as Black April. The Vietnam War had already upended the lives of millions in the country, but as the Northern Communist forces overran Saigon, conditions drastically worsened The aftermath of the Fall of Saigon saw countless people thrown into concentration camps, losing their livelihoods and for many - their lives.

The Communist regime prohibited anyone from leaving, forcing those who wanted to escape persecution to take secret unimaginable risks. A mass exodus from Vietnam began, with the greatest numbers fleeing by boat. From 1975 into the 1990’s, these daring souls became known as the Boat People. Hundreds of thousands are thought to have lost their lives attempting to make this journey. However, for those who made it, many found new homes in California. Santa Clara and Orange Counties became the epicenter for Vietnamese refugees to find safety, family, and a chance to start over.

Santa Clara County is the proud home of more than 140,000 Vietnamese families, and District 3 home to many of them. We take this moment to recognize, reflect, and remember Black April and the Fall of Saigon alongside our neighbors, family, friends, colleagues and loved ones for the Vietnamese community here, and around the world.

We join the community for several events across our County, and we hosting a special exhibit at the County Government Center, please come visit. Photos included below.

“As a child in Hong Kong, I remember the images and watching the news report as people fearing for their lives if they stayed behind. In those moments, the world witnessed millions of people lose their nation, their home. Just a few years later my family also flee our home for America to avoid living under Communist rule.

While my family’s journey was not as harrowing as it was for many Vietnamese families - like them, I was able to find a new home in California. I left behind everything I knew as a child and found myself lost and overwhelmed in a new land. My heart feels a deep connection to our Vietnamese community.

I am honored to serve our community because in my service I can support immigrants and refugees by ensuring our community is a safe and welcoming place for all. The experience with Vietnamese refugees has helped guide our care for those displaced from Afghanistan, Ukraine, and countless other strife-ridden areas.

Be proud of your immigrant stories, be proud of speaking and teaching your kids Vietnamese, and be proud of what you have built and accomplished here. Moreover, we must teach our children this important history and not forget the sacrifice of so many heroes that help get them here.

Santa Clara County is stronger because of our refugees, including the Vietnamese. We wish for healing during this time - and we want to hold hope for a bright future ahead. Thank you for being our neighbors.” 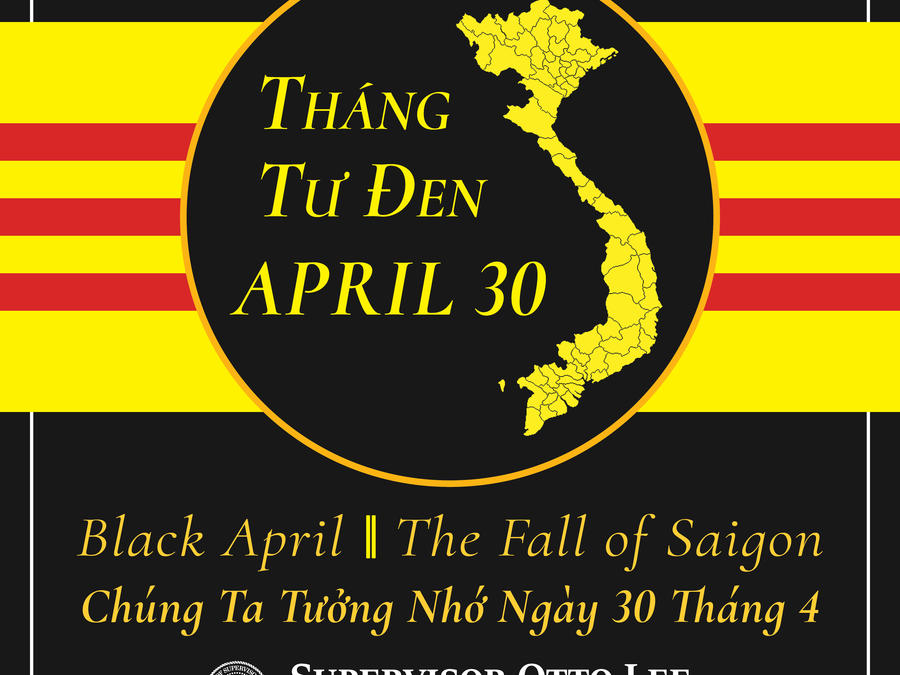