Join us in Milpitas on Sunday, May 22, 2022 for our Gun & Firearms Buyback Event

In partnership with the Santa Clara County District Attorney’s Office and the Milpitas Police Department, we are hosting a Gun-firearms Buyback Event on Sunday, May 22, 2022 from 9:00 am - 1:00 pm at the Milpitas Community Center, 457 E Calaveras Blvd.

We will be accepting various styles of guns and firearms.
Turn In Weapons Anonymously - No Questions Asked.

Individuals will receive cash for each functional firearm that is surrendered.
$100 per handgun, rifle, or shotgun
$200 per assault weapon, ghost gun, or similarly classified firearm.

NOTE: Funds are limited and subject to availability. Buybacks are first-come, first-serve. We reserve the right to limit the amount of cash an individual can receive regardless of the amount of firearms surrendered. Weapons must be functional to receive full buyback.

TRANSPORT UNLOADED WEAPONS IN THE TRUNK OF YOUR VEHICLE.

Please remain INSIDE of your vehicle. No ammunition is allowed.

The damage brought by gun violence is too common an occurrence in America. As the US Centers for Disease Control and Prevention stated in 2021, this is a public health crisis that our country has grown to know all too well.

Gun violence is a complex issue that sadly does not have an easy solution. While we work to address the roots of hate, anger, and sadness that drives so much of this violence, we also want to take actions to get guns out of the community.

Gun buyback events go back to the 1960’s in Philadelphia, but it was not until the 1990’s that these events became a more common effort to help reduce gun violence.

We are taking action to end this senseless and heinous gun violence in our communities. We’re also taking action to stop preventable self-harm and violence. While data on the success of gun buyback events is limited, buyback events have helped to collect thousands of unwanted guns and keep weapons off the streets - including here in Santa Clara County. We’re working to save lives.

The Santa Clara County District Attorney’s Office held a gun buyback event in Gilroy in 2019 after the Garlic Festival Shooting, and held one for North County in late 2018. These events helped remove hundreds of firearms from our community. The San Jose Police Department held their last buyback event in 2018. It is time for our community to continue to hold these events annually.

After buyback events, firearms acquired by the Santa Clara County’s District Attorney’s Office will be checked to make sure they were not stolen, and the firearms will be stored until they are sent out for destruction. Firearms that are voluntarily surrendered will not be sold.

The Santa Clara County Sheriff’s Department has a Gun Relinquishment Program where individuals may turn in any unwanted firearms. Please contact the Sheriff’s Office for more information 408-299-2311 or visit CountySheriff.sccgov.org.

If you know someone who may be a danger to themselves - call the National Suicide Prevention Hotline at 1-800-273-8255. Please visit the County Behavioral Health Services Gun Safety webpage for more information about gun safety.

Here’s what we do know about gun violence: 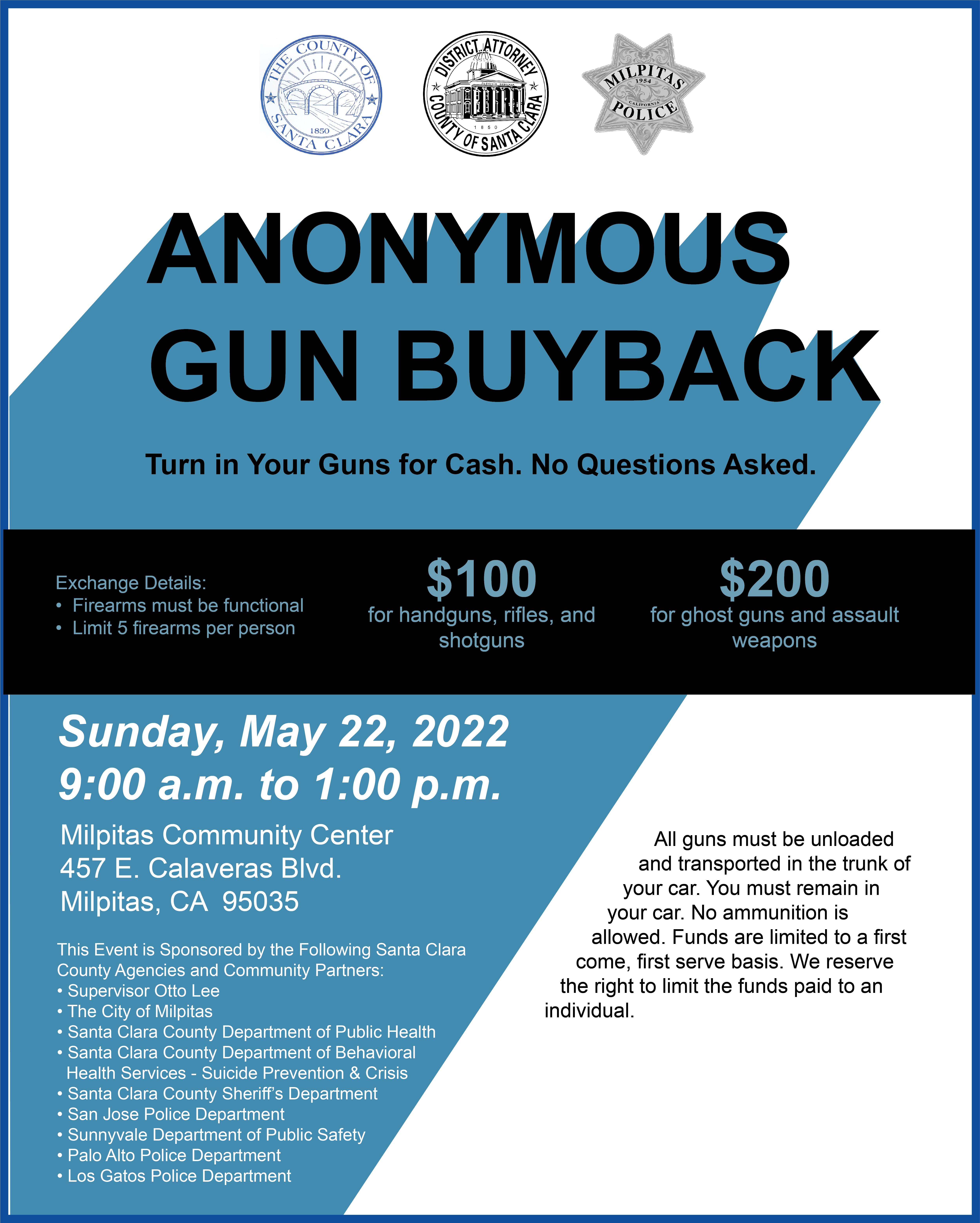 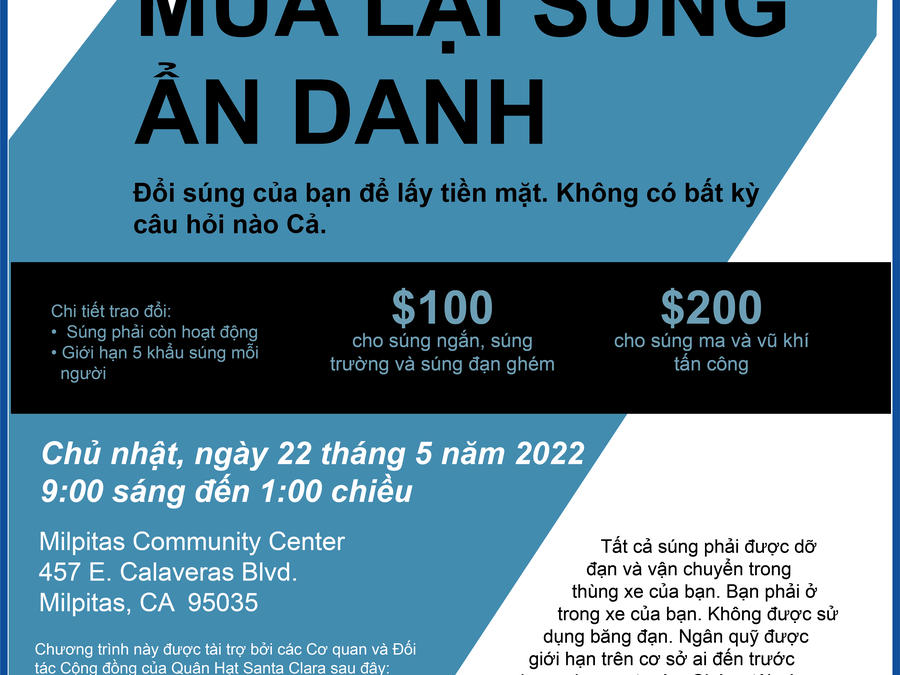 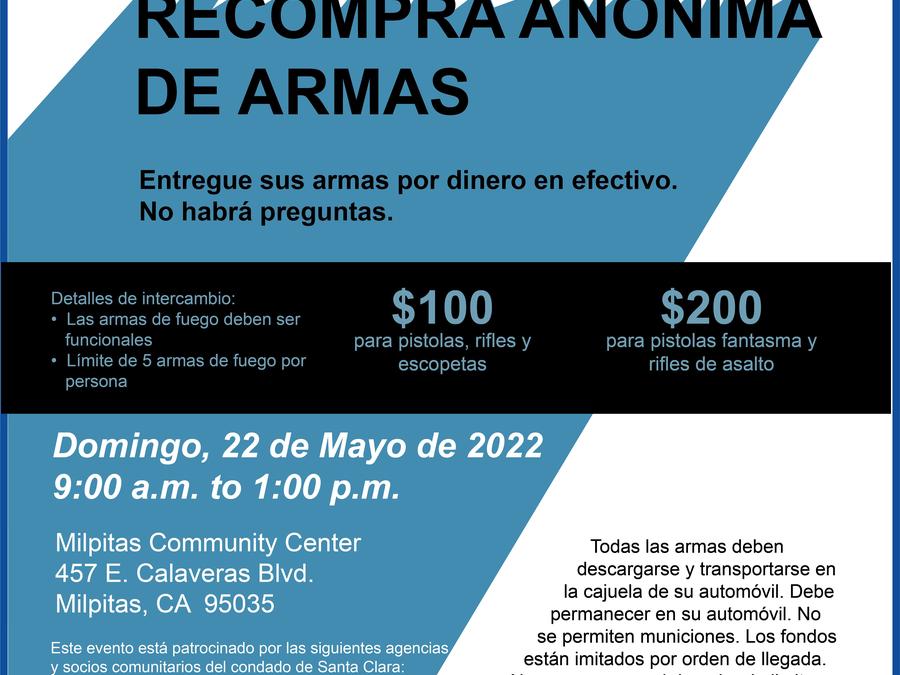 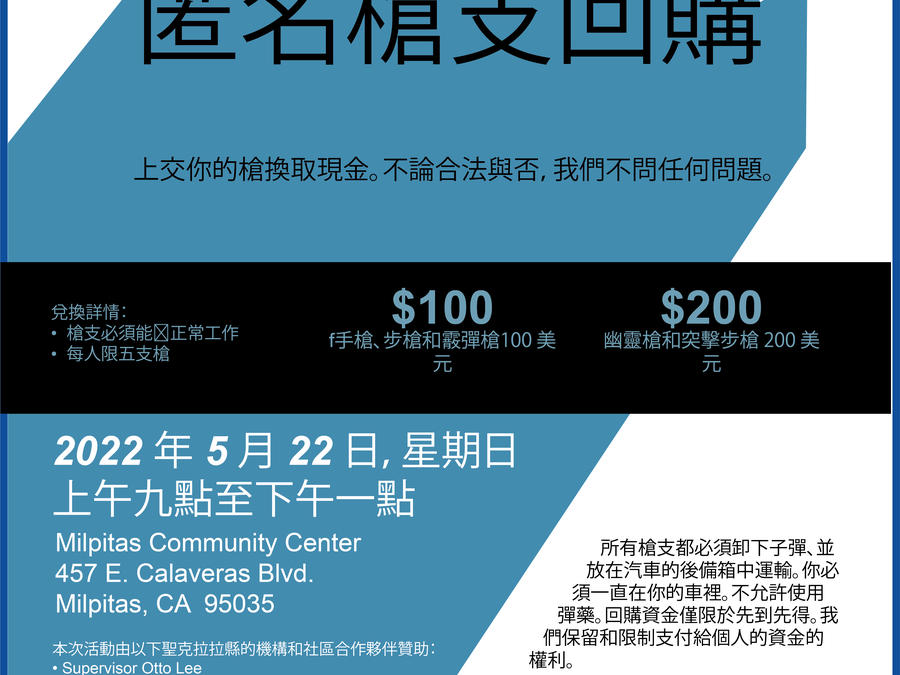